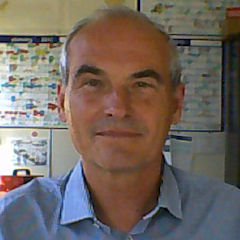 on ‘European Space Agency Optical Communications and the ScyLight Roadmap’

In 2014 Europe’s second generation optical communication system was deployed. It demonstrated inter-satellite links between Sentinel 1a, an Earth observation satellite in LEO, and Alphasat, a telecommunication satellite in GEO (data rate 1.8 Gbps over 38000 km). Since 2017 the European Data Relay System (EDRS) is established, which is the first commercially operated optical communication system in space.
In 45 years of developments, not many European missions using optical communication technology have been launched and therefore ESA decided in 2016 to implement within its ARTES funding scheme the ScyLight strategic program line. ScyLight is a dedicated funding scheme to support and showcase Optical Communications, Photonics and Quantum technologies. The presentation will report on the ScyLight implementation and its roadmap.

Overview of all conferences during Photonics Applications Week, can be found here.

Click here for the program of the Optical Wireless Communication Conference.