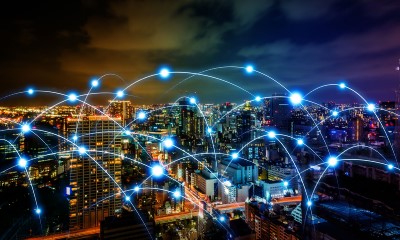 Sensors built from light
Photonics is a key enabler of the Internet of Things (IoT) & Autonomous Systems. For its implementation the IoT relies heavily on sensor technology. Sensors need to be small, robust and energy efficient to be embedded in machines, appliances, buildings and infrastructure and succesfully collect data over large periods of time.

Photonics chips and sensors are already in use in the aerospace industry. Installed on aircraft wings photonic sensors can measure strain 10,000 more accurately than existing electromagnetic sensors.

Researchers at the University of Singapore have developed a microchip based on photonics technology that can capture visual details from video frames at 20 times less power than current chips. This application can bring the sense of sight to the IoT

Examples of Photonics in IoT

The new microchip, called EQSCALE, could reduce the size of smart vision systems down to the millimeter range.

Solid-state LiDAR systems are a key enabling technology for self-driving vehicles
A new generation of lidar companies supplying the self-driving car industry is putting optics and photonics back at the center of the technology world.

Solid-state LiDAR systems are a key enabling technology for self-driving vehicles, 3D mapping, and industrial automation. Early LiDAR systems were too bulky, expensive, and had too many moving parts.

Commercial advancements have made sophisticated mapping, object detection, classification, and tracking possible with small sensors that will become ubiquitous, particularly as they enable autonomous vehicles or “self-driving cars”. The magnitude of the market opportunity has been recognized by venture capitalists who have poured investment into this area.

Are you interested to host your own event or partner with us, get in touch with us with this form.

We use cookies to ensure that we give you the best experience on our website. If you continue to use this site we will assume that you are happy with it.Ok